skip to main | skip to sidebar

1. Korat songs means the folk songs of Nakhon Ratchasima Province, which are verses and poems of conversations between the male and the female without use of music but hand-clapping and foot-tramping as the tempo accompanying the singing.
Korat songs have their tradition dating back to ancient times and were very popular in the days of King Rama III, which represent developments of a uniform style of play, i.e. in the singing of Korat songs, song verses and poems would always be sung respectively.
The manner of dressing of Korat song Singers, both on the male and female sides, is unique. Korat songs have their development into Cing Korat Songs, which are popular everywhere.

Korat language
Korat language is a local language of Nakhonratchasima province. It has prominent identity. Pronunciation of Korat language is different from Thai language and E-san language. Korat has a local native speaker in every district of Nakhonratchasima.
Nowadays, a local native speaker is the old people or who live in the country side but the people who live in downtown always speak Thai language for communication.
The word of Korat language and meaning
klok-klaak → hurry
nguid → surprise
jum-o → vomit
jag-dea → don’t know
ji-pen-ai → so what ?
dee-kau → better than
dok-dei → separately
da → too, also, as well
sa-mer-ruem → not care
ra-werk → busy
ra-yeuk-ra-yeun → busy
sa-on → lovely
ai → what
jone → busy
ngoye → fall
derng → too, also, as well
berng → too, also, as well
เขียนโดย Thai Culture ที่ 01:08 5 ความคิดเห็น: 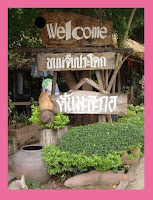 Khanom Chin (boiled rice noodles or rice vermicelli) is a well known dish made of not-glutinous rice grains. It is traditionally served to monks and guests in various occasions such as merit-making, wedding, house-warnings, and funeral ceremonies. It is called different things in different regions such as “ Khanom Sen” by people in the north, “Khao Pun” in the Isan, and “Khanom Chin” in the Central Thailand.
Khanom Chin is a dish consisting of boiled rice strips and curry soup with various ingredients called Nam Ya. It is consumed nationwide, but the ingredients of the soup may differ in different regions. People in the north have Khanom Chin Nam Ngiao, whose soup is similar to curry soup because the pork or meat and entrails are added instead of fish. People in the south have Khanom Chin Nam Ya Pak Tai, with the prominent spicy taste and yellowis

h colour of turmeric. Korat people have their own famous Khanom Chin Ban Pradok, the off-white sticky fermented rice noodles famous for its unique slightly sour smell. It is served with tasty curry which is the result of the careful cooking procedure.
Ban Pradok is a village is Muen Wai Sub-District, Nakhon Ratchasima Province. This village has produced boiled rice noodles for a long time. Presently, they are available in restaurants lining both sides of the road in Ban Khok Phai area. The noodles are also served with other dishes such as stir-fried noo 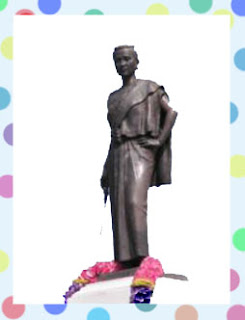 Ladies and gentlemen, please welcome to Korat culture's blog. This blog is about culture of Kotat such as traddition, song, language, food attraction places, etc. It's a part of Thai culture study in English course and post by a group of the fourth years students in English Major which are in this course.


Our aims to create this blog:
1. To expand your knowledge about Korat culture.
2. To practice our English skill.
3. To get more new knowledge about the information and using English
เขียนโดย Thai Culture ที่ 02:35 1 ความคิดเห็น: 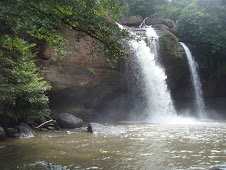